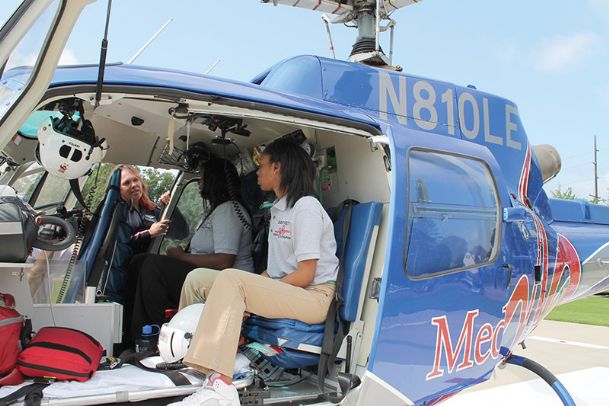 Summary:
Learn about the careers and training in aviation!

Article Body:
Interested in airplanes and flight? Mechanics and electronics? Aviation and aeronautical careers are increasing in demand as the population rises, the economy strengthens and people become more comfortable resuming air travel. Find out about the types of careers available and the training and experience required to pursue them.

Careers in the aviation and aeronautical field include pilots, flight engineers, aircraft mechanics, and avionics technicians. The following is a quick description of what each of these jobs entails.

Avionics technicians maintain radio, navigation, and radar instruments and components. They may be required to acquire additional licensing by the U.S. Federal Communications Commission (FCC).

Flight engineers often are the third member of the cockpit crew. They monitor instruments, make repairs, and assist the first officer and captain in flight. Flight engineers are required to have pilot’s licenses, flying experience, and must pass an exam given by the FAA. They may even become pilots with the right training, experience and desire.

The Captain is the pilot in charge of the aircraft. He or she is assisted by the first officer and flight engineer. They are responsible for filing flight plans and making adjustments as necessary. It is possible to begin as a flight engineer and progress to the position of captain after serving a certain number of years and hours in each subordinate position.

Career advancement is possible at all levels; many technicians and mechanics can advance to supervisory, executive and FAA inspector positions. Aircraft inspector’s authorization provides the best opportunities.

In order to qualify for such positions as commercial and airline pilots, you must have a specific number of flight hours in many different conditions as well as an instrument rating issued by the FAA after the fulfillment of requirements including flight time and a written exam. Military training is often valuable and common for those who become commercial and airline pilots. (I can remember being told I’d know where my pilot trained by the smoothness of the landing. A bumpy landing signified one branch of the armed forces, while a virtually bump free landing was indicative of another branch.)

Although some aircraft mechanics and avionics technicians get on the job training, most attend a technical school certified by the Federal Aviation Administration (FAA). Military experience can be quite an asset; however formal school training is still required, though you may receive credit for what you’ve learned in the service. Employers highly desire those with military work experience and training.

Keen math skills and physical agility are necessary for many aeronautical careers. Aviation careers also demand you not be afraid of heights. Workers are often on aircraft wings and in fact on top of the airplane’s fuselage for maintenance, inspection and repair–and of course pilots and flight engineers are in the sky much of the time. Mechanics and technicians often lift heavy equipment and parts, stand on ladders and must deal with the noise and vibration of engines.

So if your head is in the clouds why not keep it there? Make your dreams real with training to become an aircraft mechanic, aviation technician, flight engineer or pilot.