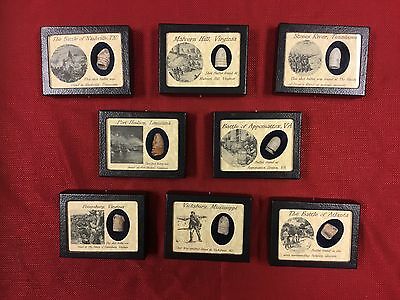 Civil War Bullet Collecting: A Hobby that Honors the Past

Did you know that during the Civil War, more than 1000 different types of bullets were used? This is one reason Civil War bullet collecting has become a popular hobby. Another reason is that the time of the Civil War saw changes taking place in the development of firearms and ammunition. The old round musketballs of the Revolution were being replaced with bullets in the shape we are accustomed to. While musketballs are found on Civil War battlefields, the most common type of bullet used was the .58-caliber bullet with three rings around the base. Many bullets found are splattered out of shape. If you’ve always been fascinated by the Civil War and firearms, Civil War bullet collecting is a hobby you will enjoy.

With the advent of Internet buying and selling, Civil War bullets have become more collectible, and the prices have gone up quickly. Not only this, sometimes sellers are not informed and ask more than the bullet is worth. For these reasons, if you are just starting out in Civil War bullet collecting, you will want to buy a good price guide. You can even find a price guide online if that works better for you.

Many Civil War bullet collectors also collect bullet molds and other relics from the Civil War era. A real enthusiast might even investigate the possiblility of becoming a Civil War reenactor, acting out battles with others in towns and fields across the Southeast.

Civil War bullets can be collected by buying from other collectors, or you can begin by going directly to the battlefields to dig and search. A metal detector will make Civil War bullet collecting easier. You may also find buttons from uniforms, bullet molds, belt buckles, and other metal items from the battle. Some of the bullets may be buried quite deep. You will need to wear a headset and pay close attention to the changes in tone in your metal detector. Hunting Civil War relics is prohibited on protected battlefields, but there are still old homesites where battles were fought. Be sure to get permission from the owner and fill any holes you dig.

Some people have the idea that hunting for bullets with a metal detector indicates a lack of respect for the soldiers who died there. They get this idea because sometimes bullet hunters find bones along with the bullet. The fact is, however, that many of the bullet hunters who have found bullets this way have chronicled and mapped out there finds, resulting in many of the facts that we now know about the Civil War.

The Civil War fascinates Americans because of everything it stands for. While everyone agrees that slavery is a terrible blot on the history of the U.S., there are some people who still discuss the issue of states’ rights versus a strong central government. Civil War bullet collecting is an iteresting hobby, though somewhat sobering at times when considering the great number of casualties. The memory of brother fighting against brother out in the cornfields and pastures will never go away. Civil War bullet collecting is one way to commemorate this monumental historical event.